Home › WRITINGS › ARTICLES › Who’s to blame for wars and killing?

Who’s to blame for wars and killing? 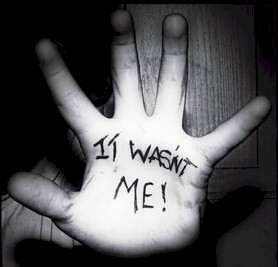 When a Western country goes to war, and invades other lands, resulting in the deaths of thousands of men, women and children in the name of spreading Liberal Democracy, no one has ever been held to account, or even apologise.

In fact, despite people blaming certain individuals, like Blair or Bush, these individuals usually point to the fact that they did their duties as demanded by Liberal democracy, and that they were merely part of the system. They point out that if what they did were wrong, the people would bring them to account under their own justice system. Of course, the justice system is silent to their actions mainly due to the fact that these politicians never went outside the generally accepted democratic processes to prosecute their wars – hence politicians are never proven to be guilty in their actions, only ‘mistaken’ in their decisions.

When terrorists retaliate against Liberal Democracies, they do so because they actually believe that Democracies are ruled by their people, and thus they wrongly blame civilians for having been guilty of ordering wars in other lands. People then, rightly point out, that the civilians of democratic states DO NOT have any control over their government’s policies, and cannot be blamed for their governments activities. Terrorists from other countries are then condemned for blaming civilians living in a democracy, when they should ‘know better’ that democracy doesn’t actually represent the will of its people [which is true].

But when it comes to Muslims, whenever a terror attack occurs, Western media, pundits and public opinion look towards Muslims collectively to apologize, and publicly distance themselves from attacks by terrorists who are Muslim. Despite most Muslims lacking any political representation for Islam (i.e. Khilafah) in the Muslim world, Muslims are held under collective responsibility, and are told that they have to ‘solve their internal problems that cause terrorism’, or be held in collective contempt.

The irony is of course, that despite Muslims not living under representatives governments, they are held to collective account for the acts of some criminals, while democracies claim that no one is to blame for their collective ‘mistaken actions’, no matter how extreme they were, and even if their entire Armed Forces participated in it!

When it comes to war crimes, murder and killing, in Western Liberal Democracies, no one is guilty that need apologise, but amongst Muslims, no one is innocent until they apologise.

Like Loading...
‹ My encounter with Terrorism recruitment
Reject Democracy & ‘Freedom of Speech’ and predict the collapse of Western civilisation? You’re an extremist…unless you’re Chinese! ›