Being proud of our troops

Many British politicians and some Muslims have been openly expressing that they are proud that (colonial) Muslim soldiers fought in World War 1 ‘for their country’.

I would also like to express my pride at Muslim soldiers who fought in World War 1, with a picture below of the ones I am proud of. These brave Muslim soldiers fought to defend their land against an Imperialistic global power trying to invade. Indeed, let us all be proud. 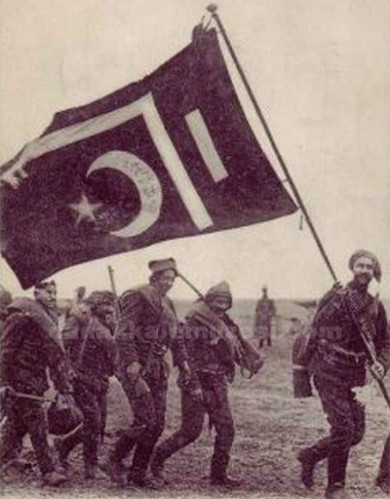