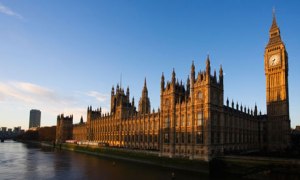 Last night, I attended a prestigious panel debate organised by The Prisma Multicultural Newspaper, at the House of Commons (UK Parliament); the theme of the debate was advertised as being highly controversial, discussing the topic “Multiculturalism in the UK: Has it any future?”

Introducing the subject, the Chair made clear the reason for the debate was the British Prime Minister David Cameron’s infamous  speech in Munich in 2011, where he claimed Multiculturalism in the UK had failed. The invited panellists included the British MP Jeremy Corbyn, Mónica del Pilar Uribe (Editor in chief of Prisma), Zita Holbourne (Trade Union activist and writer), Claudio Chipana Gutiérrez (Peruvian philosopher and coordinator in the Latin American Recognition Campaign (LARC) in London) and Nigel Pocock (Social scientist and theologian), and Mike Jempson (Author, journalist). 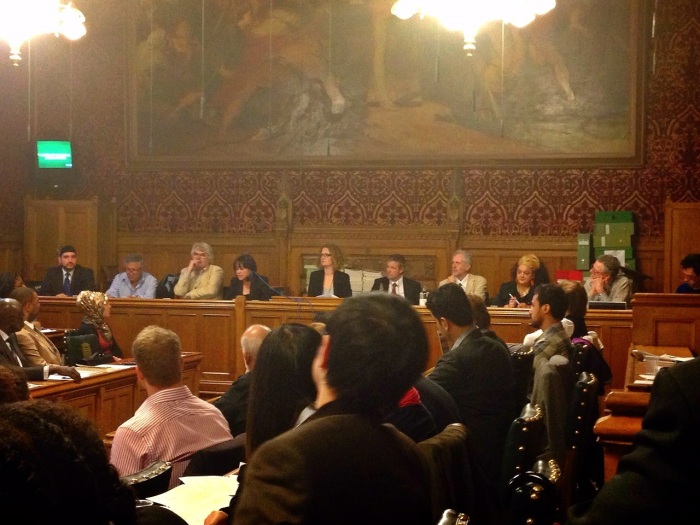 What followed from the panellists was a series of defiant yet monotone speeches denouncing David Cameron’s claim, and what can only be described as verbally back slapping each other in congratulations at the success of Multiculturalism in the UK, and the diversity of race that exists in UK society. Strangely, there was noticeably no one on the panel that opposed multiculturalism.

However all was not as it seemed.

I soon realised that the event was one where the panellists and the organisers had merely intended to affirm the success of (their understanding of) multiculturalism against the criticism from the centre-right wing i.e. the UK Conservative Party. I, without malice aforethought, then rocked the boat by challenging their concept of multiculturalism head on by showing that it is not a particular school of thought within Liberalism that should be criticised, but Liberalism itself. The hidden reality of multiculturalism in the West is that it is not actually multicultural, but actually suppresses cultures. My attempt to make people think ‘out of the box’ caused major consternation amongst the panel and throughout the audience, and I became the ‘controversial one’.

I gave my speech, asking what multiculturalism really means. I explained that culture is a common language of exchange and interaction between people. To facilitate this exchange, each culture possesses its own set of values, perspectives, traditions, worldviews and beliefs. These values, traditions and beliefs inform the actions, judgments and practices of the adherents of that culture.

Liberalism, the ruling ideology of Western countries, possesses its own values, perspectives and worldview. It does not tolerate any aspects of a culture which contradicts those values. We hear Liberal intolerance to other cultures all the time, but it is euphemistically referred to as ‘human rights issues’ regardless of whether or not that culture has its own understanding of human rights e.g. recently German courts wanted to ban Muslim circumcision under the guise of protecting ‘human rights’, the Niqab ban in France was to, strangely, protect the ‘human rights’ of Muslim women who may have been forced to wear them etc.

Consequently, Liberalism only tolerates superficial differences, like different languages (as long as the individual understands the official language), cuisine and clothing (although it does limit ‘religious’ clothing in many Western countries), and spiritual beliefs (as long as those beliefs are not political, or morally judgmental). 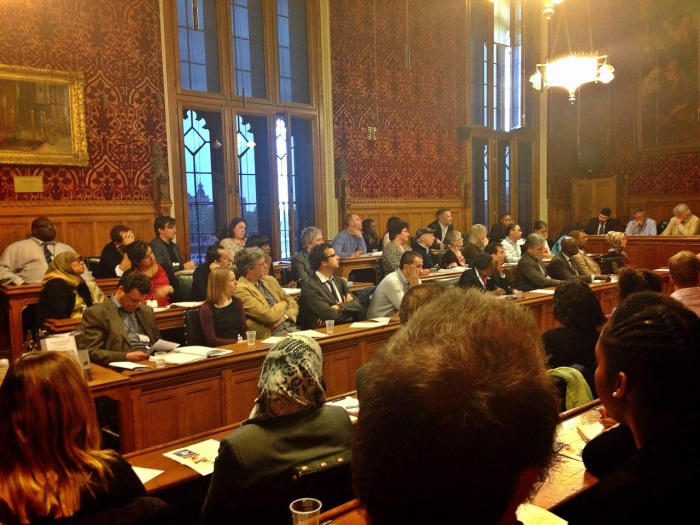 Liberalism does not tolerate any aspect of a culture which goes against its values, practices and worldview. We find that the legal and political aspects of different cultures are suppressed and condemned in Liberal regimes (e.g. as ‘extremism’), leaving only the stump of a culture’s purely non-morally significant spiritual beliefs (e.g. the existence of God and prayer etc). Muslims and Christians are arrested for preaching that same sex intercourse is immoral, prayers are banned from council meetings, Christian adoption charities are forced into closure if they adopt according to their religious conscience, Christian counsellors are forced to give counselling to same sex couples or face dismissal, and Muslims who embrace and express some of the political aspects of their belief, have been arrested and sentenced for possessing ‘extremist views’ or literature – despite them not engaging or calling for violence.

Multiculturalism under Liberalism is not actually multicultural. In reality it merely permits a society where race, clothes, food and language are diverse – but not culture. Plurality of differences amongst people is something that predates Liberalism in the UK. The UK has had different races (English, Welsh and Scots), languages, clothes and different food for hundreds of years, even before Liberalism came into being. In reality, Liberal Multiculturalism is just a ‘visa’ to allow new races, foods, languages and clothes to add to the pre-existing collection; true multiculturalism has been eluded. 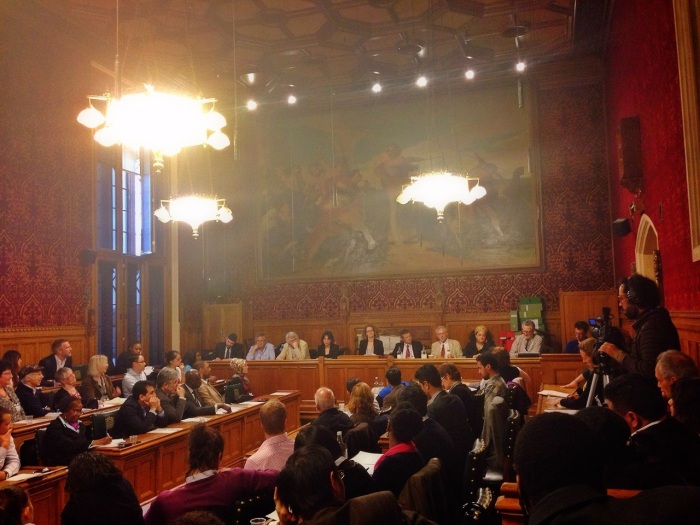 I opined the Islamic alternative, a true multicultural system that was historically tried and tested, that saw Jews, Christians, Zoroastrians and Hindus live according to their own practices and laws, and not face persecution for living by their conscience. In the Islamic system, the state is based upon Islam, but accepts differing cultural and religious groups to rule according to their own court systems and legal frameworks. Of course, if one of them transgressed against a member from another community, the matter would be resolved according to the negotiated terms agreed at the time the group was incorporated into the Islamic state. The UK state could learn from this historically successful method.

My speech was successful in irking some members of the audience and the panel. I felt like I disrupted their party, and this was evidenced by a large number of questions and rebuttals being heatedly posed towards me. Of course, I love such criticism, as it allows me to clarify misconceptions, and expand into more depth on my points.

The MP Jeremy Corbyn, who sounded slightly indignant at my comments, then added that pluralism can only truly come from a value-neutral secular state under secular law, and that he even advocates the de-establishment of the Church of England from the British state. He then said that we do not need a religious position on values or laws, since human rights for humans are self-evident

I responded that conscience is more important than race or sexual preference, since one’s conscience cannot be changed either. If I believe in God, I can’t choose not to believe in him – I require evidence. If the evidence does not exist, my beliefs cannot change. The only choice you have is whether you act according to your conscience or not, or whether you admit to yourself what your conscience tell you is true or right. In essence, the only choice you have, is whether to be a hypocrite or not. But is that what Liberalism wants? People forced into being hypocrites because they will get persecuted for choosing their conscience? Furthermore, I posed to the audience, how can we define humans according to the superficial aspects of merely their skin colour or tastes? Surely it is one’s worldview, belief and perspective that truly and profoundly defines the character and personality of a person? I received no response.

To the MP, I merely explained that the so-called neutral values of Secular countries are based on values that aren’t so neutral, nor so secular. Most Western countries legal systems are based upon religious concepts such as equality, free will and a specific moral critiera towards human activities, that informs the legal system.

According to materialism, humans are not equal; we all have different strengths, intelligences, shapes, abilities and genetic fitness. The concept of equality came from the Judeo-Christian concept that humans are all equal in the eyes of God. Secondly, the concept of free will (and moral accountability) came from the religious concept of the soul that resides inside humans, that acts as a agent, making decisions and rendering humans accountable for their actions (rather than a mechanistic cause-effect process that materialism would posit). Lastly, the moral criteria used by a state are not neutral! It has to have some kind of criteria. In Western countries this moral criteria is a mix between old Christian legacy morals, and the new Secular Humanist paradigm. For this reason, actions are judged by material harm, yet their remains a legal prohibition on incest (from Christianity) in UK law, even if the couple used protection, or agreed to get an abortion (to prevent possible genetic deformities). According to a materialistic basis, there should be no reason a couple couldn’t engage in incest if they used anti-conception protection (see the answer of the Atheist speaker, Professor Lawrence Krauss to this question during a debate).

As for human rights being self-evident, I simply gave the MP and the audience some examples where they were not so self-evident. If humans deserve the human right to be free, merely for being human, then why imprison criminals? Have they ceased being human? No of course not. Rational sense would argue that people should be given what they deserve – being human in of itself does not give anyone an entitlement without qualification.

What about the right to choose who one marries? We see law is coming into effect in the UK to allow same-sex marriage, but why does UK law make polygamy illegal even if it is consensual?

It would seem that human rights are not so self-evident after all. And after I had completed my response, the MP conceded the point, without looking like he was conceding – a true politician, but still noticeable. 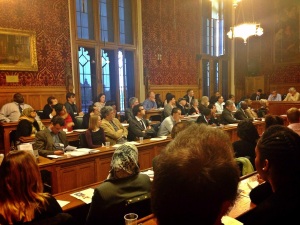 The questions and attempted refutations to my position continued, and allowed me to go into some exquisite rational points about the human reality, and their misunderstanding of it.

At the end of the debate, I believe I had demonstrated that multiculturalism is a noble and enlightened idea, but not one that Liberalism can live up to, or implement. Inevitably, the intolerance and totalitarian nature of Liberalism will dictate what people can do or not do amongst their communities while living in a Liberal country – irrespective of whether or not they agree with Liberalism. Islam on the other hand, has had a history of convivencia (lit. living together) with people of different creeds and cultures, being allowed to live under their own beliefs and values, without interference or coercion from Muslims.All in all, a very lively debate. Although I probably was viewed as gate crashing the party by some of the panellists and audience, it was heart warming to be thanked by members of the audience who remarked that I gave them much food for thought.

I’m told  Prisma will be editing the video and uploading it onto the net soon – I will keep you posted when it is available.

Like Loading...
‹ Sheikh Abdul-Hakim Murad falls victim to the hypocrisy of Liberal ‘tolerance’
Three Peculiar Phenomena of Humans – A Reflection ›