‘Islam Needs a Restoration, not a Reformation’ My Article published in Middle East Eye 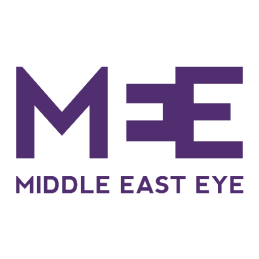 I was invited by the Middle East Eye online newspaper to submit an article on the current demand by Western politicians and pundits, for the ‘Reformation of Islam’. Please read and share widely.

“The desire for the reformation of Islam then, tends to typically come as a demand made upon the Muslim world by external actors or influences – typically by Westerners and those influenced by Western civilisation, i.e. “secular reformists”. Their demand for reform is based upon the false assumption that religion must be separate from state, and that Islam is comparable to Christianity’s problems with politics. However, there are a number of other fallacies and assumptions they make that quickly come undone under simple scrutiny”

“Europe never progressed technologically or economically due to Secularism, but rather due to the beginning of the curiosity, thought and inquiry that was kick-started by encounters with the Islamic Civilisation’s level of advancement. The creation of secular liberalism (called “The Enlightenment”) was actually an unintended by-product of the Renaissance, and not the cause of it…”

“It is argued that the Muslim world is in its current predicament because Islam has not been reformed, but this is ignorant of the fact that the Muslim world has already been “reformed”. Through colonialism, the European powers aimed to reform Islam, and removed Islam from political life in Muslim lands and altered or abolished the teaching of classical Islamic education in law and government, replacing it with a secular and pragmatic understanding for the people, leaving Muslims today illiterate in Islamic political laws. However the process of changing the masses would take a long time so, in the meanwhile, the colonial occupiers selected and educated a new secular elite from the indigenous peoples to take power after “independence” – and guard the new status quo.

The public activities of Islamic scholarship and its institutions in almost every Muslim country are tightly controlled by their governments. The reality today is that secular elites hold Islam hostage, censoring Islamic education to apolitical aspects of Islam and commissioning bogus legal rulings from client scholars to exhort people to be politically passive, while simultaneously using these same scholars to give Islamic rulings ‘justifying’ allowing the government to perpetrate suppression, torture and arbitrary killing of their enemies (especially against peaceful political Islamic groups – which the West quietly condones).”

– FULL ARTICLE CAN BE FOUND HERE