Home › LECTURES › Is Secularism the way forward for the Muslim world? Lecture at Beirut University

Is Secularism the way forward for the Muslim world? Lecture at Beirut University

The video is now up of a the lecture I gave at the University of Beirut, Lebanon, on the subject of whether Secularism could provide the way forward for the Muslim world.

The lecture examined the current context of a post-colonial world, where most countries have fallen to secularism – including the Muslims world. The lecture discussed the meaning of secularism, its birth and history, and its claimed solutions for the Muslim world. I examined, based upon looking at the history of the implementation of Secularism, and the current state of secular politics, both domestic and foreign, whether Secularism has lived up to its claim to bring peace, stability, tolerance and an end to ideological conflicts. The conclusion examined whether Secularism is appropriate for the Muslim world (or indeed any other nations), and whether or not there existed viable alternatives, that could arise from an authentic source within the Muslim world [i.e. Islam]. 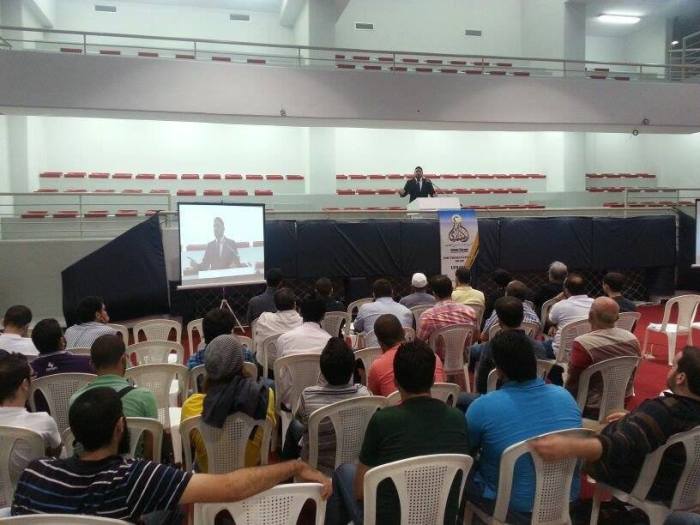 Students and lecturers sitting in the male section of the audience (sisters were seated on the right), listen to the lecture, at the American University of Lebanon (AUL), Beirut

The Al Muntada Islam-Forum have kindly uploaded the first video of my 2013 Lebanon tour lectures, featuring the lecture at the American University of Beirut, Lebanon. The lecture has a question and answers session. The video is in English, but I use Arabic words from time to time to explain advanced concepts to an audience whose first language is Arabic.