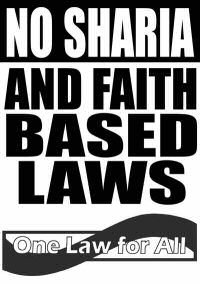 What do many media outlets, Western government reports, politicians speeches, ‘Muslim’ modernist rhetoric and Islamophobe propaganda all have in common? They all agree on one thing – to characterise the desire of ‘Islamists’, and Islamic ‘extremists’ as seeking to “impose” Sharia on the world.

The reason they use this line of rhetoric is simple, it makes non-Muslims and Muslims ignorant about Islamic revival, to think that the work to re-establish an Islamic state involves going against people’s conscience, and forcing people to live under a law system against their will.

The truth is actually ironic.

Firstly, ‘Sharia law’ is a tautology, since the word Sharia means ‘Law’ and thus the sentence literally translates as ‘Law law’. The reason the word ‘sharia’ is used, is because it sounds foreign and maximises fear to the ears of non-Muslims.

Secondly, the phrase ‘Imposing Sharia law’ is idiotic, since what law isn’t imposed? Are there voluntary laws? The reason law is called law, and not ‘guidelines’, is because law is obligatory, whereas guidelines aren’t. By definition, en-forcing the law is an imposition on those who break it!

Thirdly, is there any citizen of the U.S., France, UK or other Western nation that can opt-out of the laws they live under without having to leave the country? No. What if a citizen in these countries doesn’t believe in the law, must they be under it? Yes – there is no options given to its citizens to be an exception to the laws.

In fact, many Christians and Muslims have been sent to jail, or are forced to cease following their religious conscience because the law imposed upon them a set of rules they didn’t believe in.

In Western Secular countries, we find Women banned from wearing hijab in schools and Niqab bans across europe. Muslims are forbidden to pray in public in France. Catholic adoption agencies (despite being privately funded) are forced to close for not adopting children to same-gender couples. Christians and Muslims arrested by police for preaching same-gender sexual intercourse is sinful. Christian hoteliers prosecuted for not allowing a same-gender couple to use a room in their hotel. Christian counsellors lose their jobs for refusing to counsel a same-gender couple. Muslims are prosecuted for criticising Western foreign policy. Two non-violent Muslim political parties are banned (which was upheld by European Court of Human Rights) for espousing ideas against Secularism and Liberal Democracy etc etc the list goes on.

Was not the Secular Liberal law imposed upon these tax-paying citizens? Did they have a choice in the matter? No. So Secular Liberal Democracy (Liberalism) doesn’t care whether you agree with it or not, it forces all submit to it, whether you consent or not. As Secularists say ‘One Law for All’… their law. 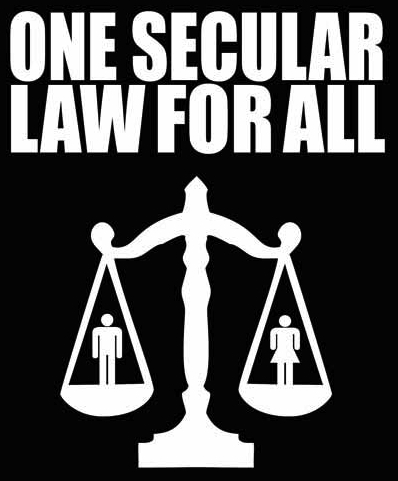 Islamic law actually doesn’t impose itself on people without their consent. Every time a Caliph comes to power, the Muslim community must consent through Bayah (pledging allegiance after a decision/election process) to the new Caliph. This then forms a consensual contract with the leader which establishes his authority to rule with Islamic law upon the Muslims. In fact, the Muslims establish a Caliph precisely to rule with Islamic law – and thus discharge their collective obligation to God.

When the Islamic state is created, it will start off with consent of the Muslims, and continue getting its consent with every new Caliph – the same can’t be said for the Western system.

In the West, whether you vote or not, all must obey the imposed government. The so-called ‘democratic’ elections do not give people a choice to affirm a national law or ideology (like whether they want Communism, Liberalism or Islam), but only to select the leader to rule over them according to a pre-arranged system. The people are not requested to consent to their government in the modern democratic system, only to consent to its rulers…and even then, not exactly, since Western rulers tend to generally be elected on a fraction of the actual population. In fact, one could say that the people who voted against the successful candidate will have him/her imposed upon them.

Just ask yourself, while deposed Egyptian president, Mohammed el Morsi, the so-called ‘Islamist’ was obtaining a referendum to get national consent on a new constitution – how many Western countries historically have conducted referendums on their constitutions? Did the so-called ‘free’ country of USA ask its citizens to consent to their famous constitution? No.

Remember when Western politicians were decrying Morsi for not involving more Christian input in the constitution’s drafting? It was said that since Christians are 10% of the Egypt, the constitution should represent them, however, I somehow don’t see France caring if its anti-hijab and anti-Niqab laws represents the 10% Muslim population there (which as you know France can ignore because Democracy tilts towards the majority, and doesn’t care about minorities…unless they happen to a non-Muslim minority in a foreign Muslim country).

It seems the West wants Muslims to be more Democratic than even Western Democracies are!

Lastly, under Islamic law, non-Muslims are not to be subject to laws they don’t believe in. Non-Muslims get to live under their own law systems, under their own regional government in autonomous areas – which historically are either regions like Millets, or city Quarters. Jews lived under Jewish law, Christians lived under Christian law, Zoroastrians lived under their own law,  no matter how strange or horrific Muslims found it, like ‘self-marriage’ which was legalised incest. The famous Islamic scholar Ibn Qayyum al Jawziya discussed this specific case and re-iterated the standard Islamic response of non-interference in the practices of Zoroastrians,  in his treatise ‘Akham Ahl ul Dhimma‘ (the rulings on non-Muslim contract-citizens [of the Islamic state]).

History and Islamic teaching demonstrates that Islamic law is the only law system that actually didn’t impose itself. The same can’t be said for the totalitarian system of Secular Liberal Democracy, which spreads only its own definition of ‘human rights’ and enforces only its vision on the world’s populations whether or not they have their own differing conceptions of human rights. 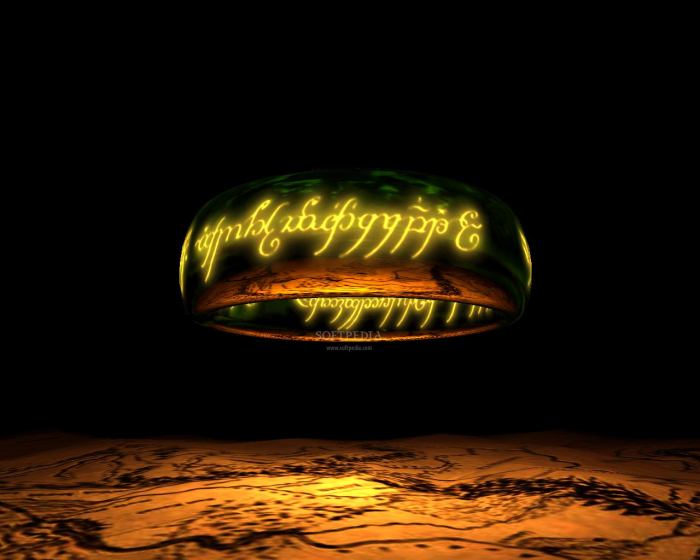 Like Loading...
‹ Does Islam Need Reformation?
The Unexpected Revolution – A short-story of how Liberalism took over the West, and returned Intolerance ›