Can the word Feminism merely mean an activist for Women’s rights? 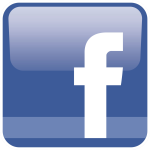 As much as Women that love Femen anger me as such. Please do not be mistaken or interpret the word ‘feminism’ as something that should be discouraged. As I previously mentioned with regards to marriage I will never disobey or do anything to anger my partner however MY SISTERS are being raped and tortured and look at the case in India. Women are standing up for themselves now for me this is Feminism. Women that are fighting for their rights against discrimination. This is feminism…I do not called the ladies of Femen as feminists…Like the minority give religion a bad name so do these women give feminism a bad name.

Believing in Women’s rights, and being a Feminist are two different things. I believe in Jesus as the Christ (Greek for Messiah), does that make me a Christian? I believe that poverty is wrong and should be eliminated, does that make me a Communist? I believe in the abolition of Zionism, does that make me anti-semitic? To look at it another way, do Feminists who believe men should have equal rights? If yes, then can they also be legitimately called ‘masculinists’? The answer is no to all these questions.A person can be an advocate and campaigner for justice for the poor, the palestinians and women, without need for labels. Labels are only given if their activities spring from an ideological basis. So if I campaign against poverty because I believe that all people should have the same amounts of wealth (and that private property is wrong), that would make me a communist. Likewise if I believed that Zionism was wrong because I hated Jews, then that would make me an anti-semite.Similarly, if someone believes that men and women should be given exactly identical legal entitlements and duties, believing that the differences between the genders are merely ‘social constructs’ – then that makes someone a feminist. Although due to the vast disagreement between feminists over what feminism is, the only thing they can agree on is, that whatever privileges they can get women, is a good thing – even at the expense of the rights of males. [The ‘ism’ at the end of Feminism should obviously give it away – it is an ideology, not an activity].I reject those doctrines (i.e. legal identicality, social contructivism, women [& men] being permitted to wear revealing clothing in public), yet I strongly advocate justice for women, and liberating them from oppression (i.e. living under non-Islamic environments). What does that make me? A Feminist too?I don’t blame muslim women for trying to find a way out of their unfair situation. The Muslim world is currently backward, and the Sharia goes unheeded – even by the clerics. However, with regards to women who want to use Feminism to attain their rights, to borrow a modified line from the character ‘Alfred’ (played by Michael Cain) in the film ‘The Dark Knight’  , ‘They were pushed too far, and in their desperation, they turned to an idea they didn’t fully understand’

No what I mean is as a whole society needs some form of feminism. Not to the extreme of which Femen go to but helping another woman in her plight standing up for women that are being oppressed by society Muslim n non Muslim is a form of feminism. That’s my point

Are you saying that society needs feminism because the Justice and Islam is insufficient? [or] Is Feminism more than justice? I would agree with you then [if you say Feminism is more than justice], for indeed Feminism is certainly something that goes beyond the limits of justice. Which is why it is reasonable for it to be opposed.

Brother Abdullah let me use India for an example. Because of ‘feminists’ that had protested for the security of women. Cases like Damini case will now be highlighted and addressed and because of their protests the world became aware of the dangers these women faced.

Please do not insult those indian campaigners for justice who are NOT Feminists, and who campaign against rape in india. Thanks to the Western ideology of freedom (the parent ideology of Feminism), women became viewed as sexual objects in India due to the porn industry and mass media, people then developed a self-centred approach to life, and the Feminist supported permissiveness for women to wear revealing clothes didn’t help the prevention of rape. Advocating Feminism is like sending a child to clean up the mess made by it’s parents.Let me ask you a question. If a country was under an oppressive communist regime, what would you do? Would you campaign for liberation under a more liberal communist school of thought, or would you invite people to Islam, in the hopes they would see true liberation?

I would give Dawah when it doesn’t work ill fight and protest. Like I Said Allah swt judges me certainly not anyone on this post.

I’m not judging you Leyla, I’m merely judging your ideas according to rational standards. Feminism is unnecessary to the cause of justice (and Islam), so one wonders why a Muslim woman would advocate it, unless she feels Islam fails to bring justice, or that women should be given privileges over and against men- to pay them back for the oppression some of them have meted out to others, who happen to be women.[Why is women’s experience of oppression to be privileged against others?] is it not the case that men oppress other men too? Or that women can oppress men too [or each other]?

Like Loading...
‹ Can Freedom exist in the West?
The Solution to Poverty – the Islamic Economic System – Lecture by Abdullah al Andalusi ›