Home › WRITINGS › EVENT REVIEWS › My Atheist debate opponent ends up by supporting the re-establishment of a Caliphate!!

My Atheist debate opponent ends up by supporting the re-establishment of a Caliphate!! 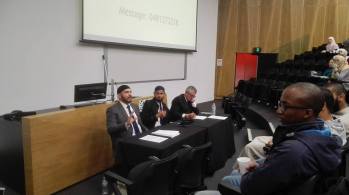 Yesterday I was invited to debate the topic ‘Sharia law vs Secular: which is fairer?’ against an prominent Australian Atheist, at the University of New South Wales, In Sydney Australia.

Atheist (and professional lawyer), Michael Boyd, President of the Atheist Foundation of Australia (AFA) turned up to debate me on ‘Sharia law VS Secular law: which is fairer?’ but ended up agreeing with me on some of my points and declaring his support for Caliphate for the Muslim World!!! No, this is not a joke!

One of the attendees in the audience took pictures and made the first amazed comments about the surprising event during the debate on his facebook profile.

After the debate went back and forth, Mr Boyd couldn’t find major fault with the Sharia, and he conceded to my argument that Secularism/Secular laws compromised people’s rights due to ‘politics’ at times. He then expressed that he supported Muslims to live under the law system that I had described in my presentation, for the Muslim world. I told him in response ‘You’re now an extremist according to the Australian government’ – which he laughed off remarking he didn’t care what they thought. I also said jokingly “We’ve successfully ‘radicalised’ you!” 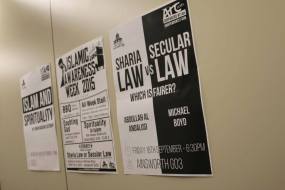 A very interesting debate, and a thoroughly nice chap! Alhamdulillah.

…and Yes it was recorded by the organisers, the University of New South Wales Muslim Student Association, and will be posted up on youtube Inshallah, hopefully in a week or so.

If you can’t wait until the video is uploaded, in the meanwhile, please watch the debate I participated in last year on the similar title ‘Sharia law VS English Law: which is fairer?’. The 2014 debate on Sharia VS English law was WON on vote-changes in front of an entirely English upper/middle class NON-MUSLIM audience, where my opponents were one English judge, and the other, a Queen’s Counsellor (Legal Barrister). The 2014 video can be seen here. 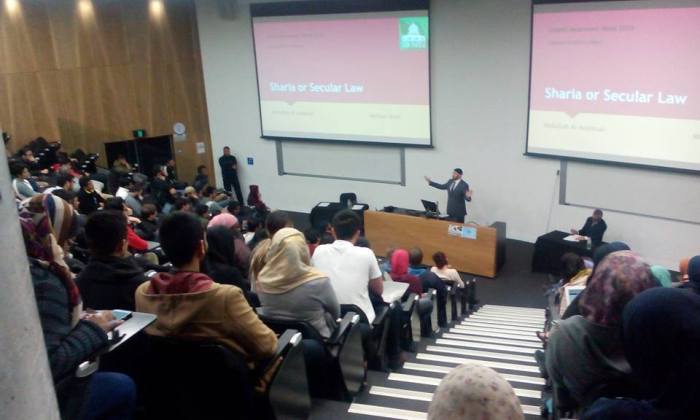 People wait for the debate to begin

Like Loading...
‹ DEBATE: SHARIA LAW vs SECULAR LAW: WHICH IS FAIRER? [University of New South Wales, Sydney, Australia, 18th Sept 2015]
MELBOURNE Debate: Islam vs Atheism: ‘Can You JUSTIFY being Good without God?’ ›