The ‘that’s not REAL Feminism’ Defence 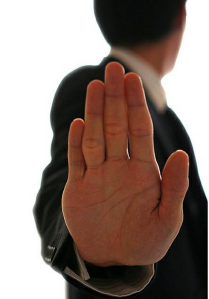 The ‘that’s not REAL Feminism’ defence

I often hear some Muslims who fall under the sway of Feminism, disagree with my critique of Feminism (and Liberalism too sometimes) by using a defence that ‘that’s not REAL Feminism’, or ‘not all people believe that about Feminism’. This argument is called the ‘no true scotsman fallacy’, where anyone can say ‘well, no true scotsman would be embarassed of a kilt’, or ‘no true scotsman runs away from a fight’. These arguments are obviously flawed, as anyone can, without any authority claim that any refutation of Feminism or Liberalism ‘didn’t refute what ACTUAL Feminism/Liberalism believes’.

Christians use the argument all the time, when Muslims press them on the issue of the Trinity, and ask them to explain how God can have three independent wills, and not be three gods? Christians retort that ‘that’s not what we believe about God, we only believe in one god’, In such a situation the Muslim would consider themself to be simply ‘calling a spade, a spade’, regardless of how the Christian chooses to ‘label’ his concept of God. So what about Muslims who are misled into thinking Liberalism and Feminism are compatible with Islam? (I won’t go into how could Islam require Feminism and Liberalism to be integrated with it! Suffice to say, I heard it on good authority that Islam is a ‘perfect’ way of life and worldview..).

Of course, could we say that this lack of any definite meaning is inevitable with any arguments around Feminism and Liberalism? Not exactly. Although, feminism (and Liberalism) is an intellectual tradition not based upon a book, or exemplar figure, it can still have a meaning, but this meaning can only come from what is ‘current’ and mainstream at any particular time. As such, Feminism and Liberalism are defined by the mainstream of its thinkers, advocates and widely acclaimed promoters. The current mainstream of Feminism and Liberalism predominantly consists of Western/European thinkers, advocates and promoters who generally agree on many of the core beliefs and doctrines associated with these terms, While it is possible for someone to call themself a ‘feminist’ and ‘Liberal’ and not adhere to the mainstream views – their views however would only be fringe, and therefore unrepresentative of the term.

However, if anyone wants to argue that numbers and popularity does not define terms based upon intellectual traditions, then these terms cease to hold any meaning. Using this logic, one could equally call North Korea Liberal, as one could UK. This then descends into farce.

As most linguists will acknowledge, terms, like words in a language, are defined by their mainstream uses. The mainstream of Liberalism and Feminism believe in concepts completely antithetical to Islam, like the primacy of the Individual above all other considerations (whether theological or social) – and it is upon that basis that I make such a case for the avoidance of such terms.

If however, some people reject my arguments against Feminism and Liberalism because although I engage the mainstream understandings, I argue against a definition they PERSONALLY don’t believe in, yet they are still adamant on using the term ‘feminism’ or ‘Liberalism’ to describe their views ‘as long as they get to define what it means’ – then sure go ahead! BUT just don’t tell me anything about it, what it means, or how you define it, – in fact don’t even advocate it to anyone or to me, because YOU TOO then cannot define it anymore than you allow me to.

However, I do have the weight of the mainstream on my side, where I quote popular thinkers, formative philosophers and widely acclaimed champions of their ideas, as well as looking at what is common in the views and beliefs between all these figures, and the leading discourses happening internally in their own ideological community. It is this corpus of anaylised discourse which gives me something to engage with, and upon which I basis my critiques upon.

The real question is, not what do I have, but what do the fringe ‘redefiners’ have?

Of course the fringe groups will complain that my discussion may ‘lack nuance’ as not all of the fringe factions agree with one of the criticisms of the mainstream I put forward. Or perhaps those following fringe interpretations will want us to include them in our discussions. To them we should say “Come back to us when you are the mainstream”. Of course, what authority these Fringe factions have to call themselves Feminists or Liberals, when even the mainstream may not consider them true Feminists and Liberals, is another matter! Perhaps they should spend more their time preaching to their fellow Liberals and Feminists before they come to the Muslim community. However that being said, there are NO forms of Feminism or Liberalism that are compatible with Islam, anymore then there are forms of Communism or Fascism compatible with Islam (and yes, Muslims in the past have tried with these things too).

Perhaps alternatively, we can respond “We haven’t ignored you, but we just prioritise the mainstream first, no point refuting ‘Communist Feminism’ when the vast majority of Feminists are Liberal. But that doesn’t mean that at some point, Muslim critical thinkers won’t eventually get around to critiquing these fringe factions too”.

Like Loading...
‹ Event: Syria – The ‘Forbidden’ Conflict
Lecture Event: Between Islam and the West: What is the way forward for Muslims? 4th May 2014 ›